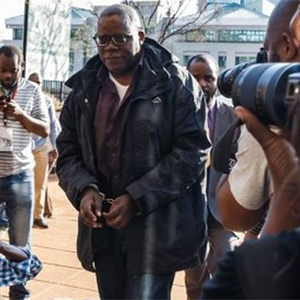 Zimbabwean Opposition politician Tendai Biti has appeared in court in handcuffs on charges of inciting violence after he was deported from Zambia.

At least six people were killed two days after the vote in clashes between security forces and MDC Alliance supporters who alleged that their leader, Nelson Chamisa, had been robbed of victory.

There was great optimism that the elections would bring real change after the end of Robert Mugabe’s 37-year rule in November.

But the MDC Alliance says the security forces have launched a brutal crackdown on the opposition following the disputed poll.

Mr. Biti is the first Senior Opposition Politician to be detained since Mr. Mnangagwa took over from Mr. Mugabe.