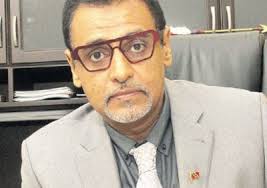 Works and Transport Minister, Rohan Sinanan says he is looking forward to contributing to the debate on a motion of no confidence, when it is brought against him.

In a statement, Minister Sinanan says he is not afraid of the debate and urges opposition MPs to bring it on.

He says the debate will show that he has been trying to fix the sea-bridge issues.

Mr. Sinanan says when he was appointed to the post more than a year ago, he met a troubled sea bridge which had been experiencing problem for years.