“When They See Us” miniseries on Netflix causes ex head of Sex Crimes Unit, Linda Fairstein to resign from several boards 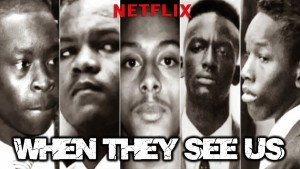 Linda Fairstein has announced her resignation from the boards of Vassar College and nonprofit Safe Horizon amid renewed backlash inspired by her role as prosecutor in the “Central Park Five” case.

The renewed attention comes after the premiere of Ava Duvernay’s “When They See Us”, a five-part Netflix miniseries documenting the story of the wrongful conviction of five black and brown teenagers for the sexual assault of a white female jogger: Raymond Santana, Antron Mccray, Korey Wise, Kevin Richardson and Yusef Salaam.

As the head of the Sex Crimes Unit for the Manhattan District Attorney’s Office at the time, Fairstein took up prosecutorial duties for the case.

She was accused of verbally abusing and racially profiling the teenagers, coercing false confessions from them and behaving “outrageously.”

Even after a serial rapist confessed to the attack in 2002, thereby exonerating the teenagers 13 years into their sentences, Fairstein stood behind the initial verdict.

Fairstein left the District Attorney’s office in 2002 to become a crime novelist.

The renewed spotlight on Fairstein’s behavior triggered enough outrage to prompt the hashstag #cancellindafairstein on social media, a boycott of her novels and the creation of an online petition to remove the author from Vassar College’s Board of Trustees.

The college agreed to review the concerns after the petition gained more than 13,000 signatures in two days (it now sits at over 20,000)

She also resigned from Safe Harbor; the largest victim assistance nonprofit in the U.S. after staffers at Safe Horizon demanded her immediate dismissal following the release of the television series.

Fairstein wrote in her resignation letter to the chairman of Safe Horizon that the show “depicts her, in a fictionalized version of events, in a grossly and maliciously inaccurate manner,”

Fairstein also sent letters of resignation to the boards of God’s Love We Deliver and The Joyful Heart Foundation, where she stated she was forced to act due to the “mob-mentality reaction” to the series, per the NY Post.”