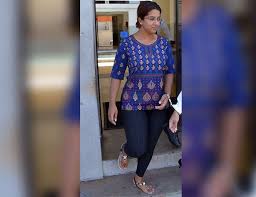 The escape of jailed business woman Vicky Boodram is now engaging the attention of the Police Service’s Professional Standards Bureau.

Two police officers allegedly went to the women’s prison at Golden Grove in Arouca at around 5:15pm on Monday and signed documents to receive Ms. Boodram.

It is also being reported that someone contacted the women’s prison yesterday morning saying Ms. Boodram was granted bail.

Up to last evening one of the officers was being questioned by the Professional Standards Bureau.

Acting Police Commissioner Stephen Williams has said an investigation has been launched.

Meanwhile prison officers have distanced themselves from the matter.

The Prison Officers Association says Ms. Boodram did not escape from the Arouca prison as was being reported.

Mr. Richards said all would be revealed soon.

A memo from the Chief Immigration Officer yesterday said Ms. Boodram may be attempting to flee the country.

It said the instance Ms. Boodram is spotted at any ports, the police service must be immediately contacted.