Venezuelan kidnappers asking for US 200,000 from relatives of 6 T&T fishermen for their release 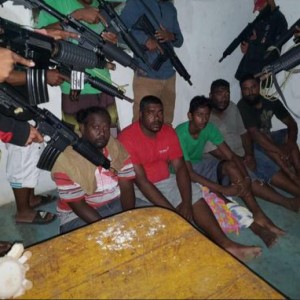 The relatives of 6 fish­er­men have until Friday to pay 200,000 US dollars for their release.

The 6 Trinidad and Tobago nationals reportedly being held by kidnappers were taken last Sunday.

It is said the kidnappers have warned that if the money is not paid they would begin cutting off their victims limbs.

The men went fishing on a pirogue on Sunday afternoon and were held by men said to be speaking spanish.

Reports say the 6 were held up by armed men and were taken to Venezuela.

Police are investigating the circumstances.