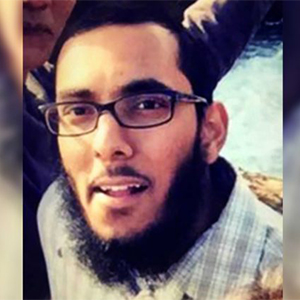 A Trinidad-born man living in Maryland is indicted on a terrorism-related charge.

According to NBC4 Washington news, five months after his arrest, a Federal Grand Jury indicted Rondell Henry, of attempting to provide material support to ISIS.

28-year-old Mr. Henry is accused of planning an ISIS inspired attack at a shopping and entertainment complex near Washington DC.

Mr. Henry is a naturalised US citizen who moved to the country from Trinidad and Tobago about 11 years ago.

He was arrested on March 28th and remains detained pending trial.

Mr. Henry allegedly stole a U-Haul van in Virginia and parked it at the National Harbour.

Police arrested him the next morning after they found the van and saw Mr. Henry jump over a security fence.

Mr. Henry reportedly told police he planned to carry out an attack similar to one in which a driver ran over and killed dozens of people in Nice, France in 2016.