Rabbit could be the new chicken of Tobago 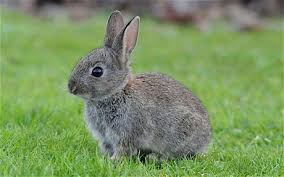 Tobagonians are being told that rabbit could be the new chicken.

The statement comes from manager at the New Genetics Centre at Hope Farm, Rodney Jones.

The centre replaces the Artificial Insemination Unit, and is expected to provide a wider range of breeding services.

According to Mr. Jones, tobago has more farmers per capita than Trinidad, and has the potential to produce as much pork, and other meats, as the island’s population needs.

He says rabbit meat could be an alternative to poultry.

Mr. Jones believes that soon Tobago will be able to supply itself all the livestock or meat requirements, except for poultry.

However, Mr. Jones says rabbit is one of the meats that can replace poultry, and that Tobago should be the ‘rabbit capital’ of the caribbean.

Mr. Jones is calling on farmers to get on board to make this a reality.