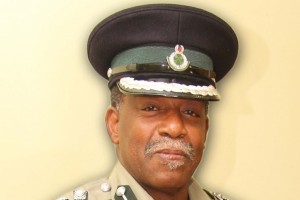 Prison commissioner Sterling Stewart admits his officers are under attack.

He is calling for justice following the murder of prison officer Fitzalbert Victor, demanding that “decisive action” be taken.

Commissioner Stewart told officers they must not be fearful or deviate from the road of professionalism and dedication.

He also said the public must not be misguided into thinking that Mr. Victor was another rogue officer who was being given his just due, because he was not. Commissioner Stewart described Mr. Victor as a bright young mind and an exemplary prison officer.

The prisons commissioner assured that in spite of the current circumstances the prison service would continue to fulfil its mandate, to aid in the rehabilitation of those in its care and be committed to society and the reduction of crime, while maintaining control under safe, secure and humane conditions as much as humanly possible.