800 workers dismissed from private & public sector according to Labour Minister 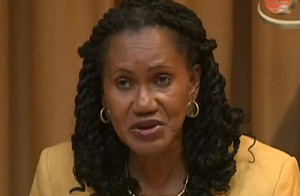 Over 800 workers have been dismissed from 27 companies in the public and private sectors since the People’s National Government took office. This according to Labour Minister, Jennifer Baptiste-Primus.

The minister says the total figure would be higher than 847 since once a company is retrenching fewer than five people, it is not required by law to give notice to the Ministry of Labour. Minister Baptiste-Primus was speaking during question for oral answer in parliament on Friday.