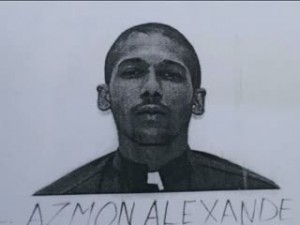 Murder accused Asmon Alexander is injured in a collision when the prison transportation vehicle he was being conveyed in runs off the road.

The incident is said to have occurred at around noon yesterday as the van was on its way from the Mayaro magistrates’ court. His lawyer Fareed Ali confirms he suffered injuries to his chest, head and face.

Mr. Alexander  is also charged for escaping lawful custody had his monthly hearing in Mayaro.

Mr. Ali says as the vehicle he was being conveyed in approached the Guaico-Tamana Government Primary School it appears that the driver lost control of the prison transport vehicle and ran off the road.

He says the injured prisoner was taken to the prison infirmary where he is now being housed. Mr. Ali says the details of his injuries have not been disclosed but his condition is said to be serious.

Mr. Ali says two prison officers were occupants of the said vehicle at the time of the accident.