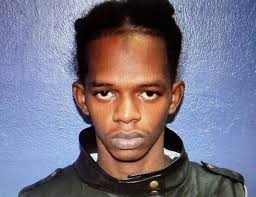 Police are now searching for Himilton Small who escaped legal custody while being taken to the Arima Magistrates Court.

Reports say at around 8 o’clock yesterday morning Mr. Small slipped through a small space in the court’s driveway, climbed a wall and made his escape.

He was being escorted to the holding cells of the court.

It is believed he changed his clothes and was able to blend in with the crowd outside the court.

Reports say after his escape the murder accused went to visit his son in Arima but left without seeing the child.

It is also being reported that Mr. Small stole a car belonging to a neighbour of his child’s mother.

The car was later found at Cleaver Woods D’abadie.

Up to late last evening Mr. Small was still on the run.

Mr. Small was expected to be committed to stand trial for murder yesterday.