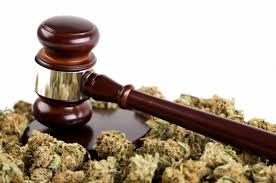 Two lawyers have been charged with the possession of marijuana for the purpose of trafficking.
They were arrested after being stopped in a road-block on Sunday night.
During a search, they were allegedly found with a marijuana cigarette and a bag containing marijuana.

Attorneys Jason Jackson and Cathy Ann Campaign appeared in court on Monday.
They were not called upon to plead to the indictable offences.

36-year-old Mr. Jackson, and 38-year-old Ms. Campaign, were arrested by members of the Eastern Division Task Force near Mayaro Junction around 7.30 p.m. on Sunday.

Police claim that during a search, they found the “unusually large” cigarette.