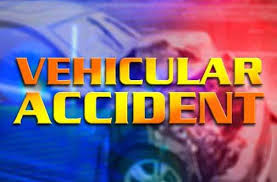 Police are continuing their investigations into a fatal road accident which claimed the life of David Charles of Wallerfield.

Mr. Charles was killed in Santa Rosa shortly before 7 am yesterday.

The tragedy occurred along the Churchill Roosevelt Highway.

According to reports Mr. Charles was heading west along the highway, when he lost control near the Santa Rosa traffic lights.

It is said he crashed into a utility pole.

Fire officers had to use the jaws of life to free Mr. Charles from the wreckage.

He lived at Orchid Drive, Wallerfield.

Two other occupants of the vehicle identified as Kevin Ali and Raggata Garcia were injured during the incident.

They were rushed to the Arima Health Facility where they remain warded in a stable condition.