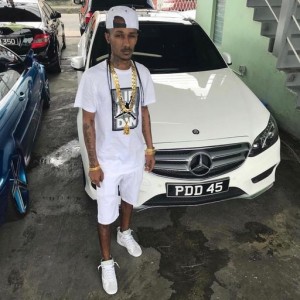 Police confirm the body found bound and gagged in Las Lomas is that of Sheldon Suhkdeo.

A two million dollar ransom was demanded for his release.

His decomposing body was found in a forested area on tuesday

Mr. Sukhdeo was the brother of murdered businessman Sheron Sukdheo.

The used car dealer was shot and killed last year.