Police Commissioner says his officers would not tolerate illegal protests 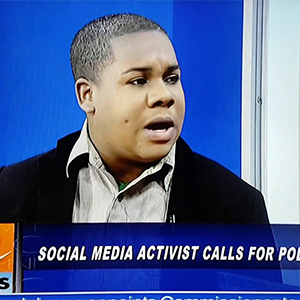 Commissioner Griffith’s warning followed the arrests of two people during a demonstration in Tobago last week.

Commissioner Griffith said the police did what they had to do.

The demonstrators led by Kia Hosein called for the removal of Prime Minister Dr. Keith Rowley.

The Police Commissioner reminded citizens yesterday that while it is their right to protest it must be done according to law.

It was the second protest staged by the group.