New swimming facility in Laventille to be supervised by TTDF 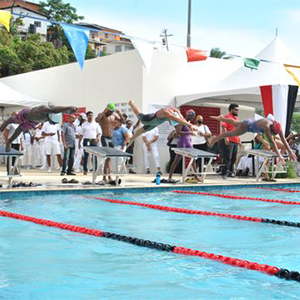 In Trinidad and Tobago the Defence Force will be in charge of the new swimming facility in often-troubled Laventille community.

Prime Min­is­ter Dr. Kei­th Row­ley was among those who attended the official opening yesterday and he said it is necessary to use members of the Defence Force to properly manage the multi-million dollar facility.

The facility is being called the So­gren Trace Swim Club.

Dr. Rowley said the De­fence Force has to man­age the swim­ming pool to en­sure it is not mis­used or poor­ly main­tained.

The Prime Minister promised there would be other swimming pools in other communities.

He said main­te­nance be­comes the is­sue now, and the gov­ern­ment will take steps to en­sure that this is well done.

Member of Parliament for Laventille West, Fitzgerald Hinds sees the opening of the pool as a red-letter day for the community.

Both the Prime Minister and the MP called on members of the community to use it well.