MSJ seeking to form the next government of T&T 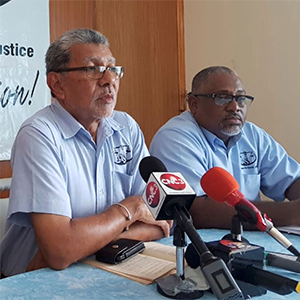 The Movement for Social Justice is seeking to form the next government of Trinidad and Tobago.

Mr. Abdullah further noted that he is prepared to go up against persons who are bent on keeping citizens in bondage.

Local Government Elections are scheduled for later this year.

137 Electoral Districts across 14 Municipal Corporation Electoral areas are to be contested.