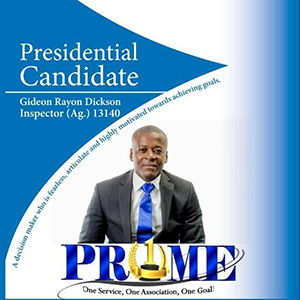 The new Executive of the Police Social and Welfare Association says while it intends to work with the Police Commissioner, they will not be bullied.

New President, Inspector Gideon Dickson tells Newscenter 5, lines would be drawn if they have to be.

Inspector Gideon is also flagging the financial status of the organization.

He says a financial audit will be conducted very soon.

Inspector Dickson and his team won the association Election which was held on Monday.