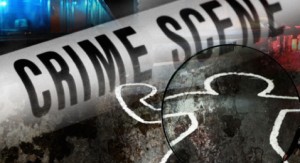 Matthew Aaron Luke is gunned down outside the Caura Hospital, in El Dorado. The incident occurred shortly before 11 O’ clock this morning.

Reports say Mr Luke, also known as Boneface, who was a patient at the hospital had just left the facility when a grey Nissan X-Trail pulled up alongside him.

It is said one of the occupants of the vehicle opened fire, hitting Mr Luke several times. He died at the scene.