Minister Hinds assures the search for remaining fishermen is continuing 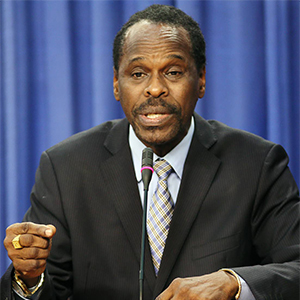 Minister in the Office of the Attorney General, Fitzgeral Hinds

Minister in the Office of the Attorney General, Fitzgeral Hinds assures the search for the remaining 2 fishermen is continuing.

He was responding to criticisms from Couva North MP, Ramona Ramdial.

Minister Hinds says members of the Coast Guard and the TTPS has been doing all in their power to assist in finding the missing men.

He also says the case of the seven missing fishermen is now a murder case.

However, he says he cannot say if the men were involved in illegal activity.

Speaking on TV6’s Morning Edition program today Minister Hinds said the matter is in the hands of the police.

Last Monday 7 fishermen went out to sea but only one returned and told of an attack by pirates.

Days later the bodies of 4 of the men washed ashore while 2 more remain missing.