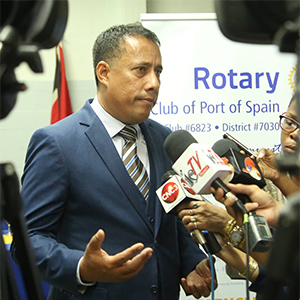 Police officers and members of the Defence Force working on Christmas day were praised for their sense of duty.

During a visit to the Inter-Agency Task Force yesterday the Minister Young commended members of the security forces and called on them to be vigilant.

Police Commissioner Gary Griffith, who was also present, lauded his officers and promised a more proactive approach to policing.

Yesterday head of the Police Welfare Association Inspector Micheal Seales warned against any criminal acts during the holiday season saying police patrols have been beefed up.