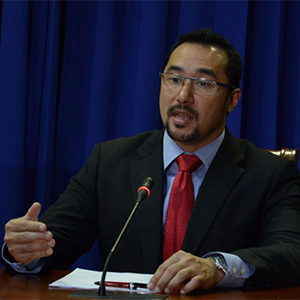 The two countries have been at odds after the Venezuelan Navy in the Esiquibo region intercepted an Exxon Mobile ship, which was reportedly searching for oil.

Minister Young says there is no need for worry at this time.

He says this country is only willing to mediate if it comes to that.

CARICOM condemned Venezuela’s incursion via a statement on Monday.

In the release CARICOM says it is gravely concerned about the reported interception by the Venezuelan Navy on Saturday.

CARICOM notes that the ship in question, a Seismic Research Vessel is flagged by the government of the Commonwealth of the Bahamas and was operating in the exclusive economic zone of the cooperative Republic of Guyana.

CARICOM reiterates its full support for the sovereignty and territorial integrity of the Guyana, saying it is the country’s right to peacefully explore and exploit its onshore and offshore resources.