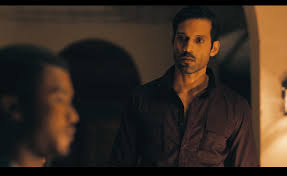 Local actor and bodybuilder Brett Bengochea has died by drowning while at a beach in the east.

Police say Mr. Bengochea, known for his role in local movie “Trafficked” and “A Story About Wendy 2”, went swimming with friends when he encountered difficulties and went under the rough waters.

He died shortly after being pulled from the water.

Producers of the movie yesterday expressed sadness over the death.