JSC of the Parliament grills members of protective services 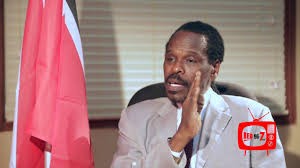 A Joint Select Committee of the Parliament grills senior members of the protective services on the integrity of their officers regarding the importation of illegal arms and ammunition.

The officers appeared before a JSC on national security, on the prevalence of illegal guns in the country.

Committee chairman Fitzgerald Hinds gave examples of how corrupt members of the services could be assisting criminals to import illegal guns.

The guardians of the nation’s borders admitted to the J.S.C that there was corruption, but the issue was being dealt with.

Acting Chief of Defense staff Captain Hayden Pritchard said while the Coast Guard was not immune to corruption, mechanisms are in place to deal with the problem.

Chairman of the Port Authority Allison Lewis said the integrity of port personnel and a lack of proper training remain issues.

Comptroller of Customs and Exise Glen Singh, said his section is faced with other issues apart from illegal arms.

And on behalf of the Police Service, Senior Sup Leroy Brebner said, all efforts were being made to rid the service of rogue elements.

However, he said as an essential member of National Security, more needs to be done.

At the Airport Authority, Chairman Nigel Ferguson said he was not in a position to say corruption exists there, but he assured anyone found in illegal activity would be immediately dismissed.