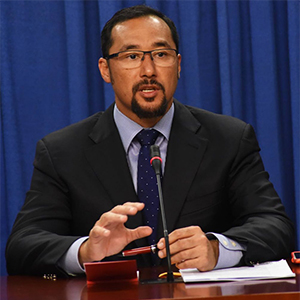 The government says, no to a claim that Venezuelan migrants are the major cause of crime in this country.

National Security Minister Stuart Young was responding to questions from the Opposition in the parliament yesterday.

Opposition MP Dr. Roodal Moonilal claimed the Police Commissioner has said the porous borders have made it simple for Venezuelan criminals to enter the country.

Meanwhile Minister Young said there is nothing in the migrant registration program to allow Venezuelan migrants to become citizens or residents of this country.

He was again responding to questions from Dr. Moonilal.

They were speaking during the question and answer session in the Lower House.