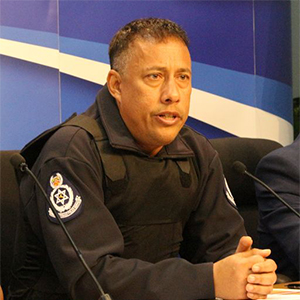 Police Commissioner, Gary Griffith is hailing figures which he says show a reduction in serious crimes in Trinidad and Tobago.

Yesterday Commissioner Griffith also responds to the Port of Spain business community’s position on the crime situation in the country.

In a statement Commissioner Griffith responded to DOMA’s President Gregory Aboud who said he is concerned about what he saw as the lack of action regarding criminals.

But the Commissioner said he finds it very strange that Mr. Aboud decided to make such a comment.

He disagreed with the view that he had a honeymoon period when he assumed office.

The Commissioner said the police service has been working tirelessly over the last several months to deal with the crime situation.