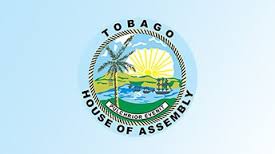 Election day is announced in Tobago.

Tobagonians will go to the polls on January 23rd.

The date was announced via a news release from the office of the Prime Minister yesterday.

At the last THA polls, the Peoples National Movement won all 12 seats.

At least 5 parties are likely to contest the Elections next month.

They include The Tobago Forwards, The Progressive Democratic Party, and The Tobago Organisation of the People.