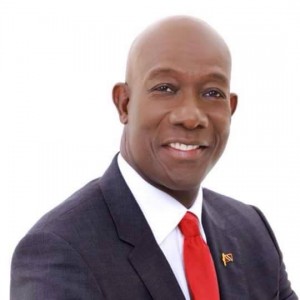 Dr. Keith Rowley is sworn in as the 7th Prime Minister of the Republic of Trinidad & Tobago.

Prime Minister Dr. Keith Rowley took his oath of office before scores of people and members of the media at a ceremony at Queens Hall, St Anns.

He is expected to announce his cabinet soon.