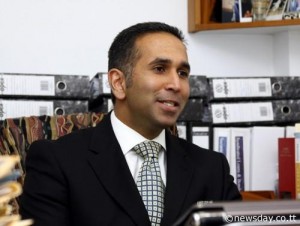 It is confirmed Faris Al Rawi is the country’s new Attorney General.

Mr Al Rawi took his oath of office this afternoon at a ceremony at Queens Hall, St Anns.

He is also the Member of Parliament for San Fernando West under the Peoples National Movement.