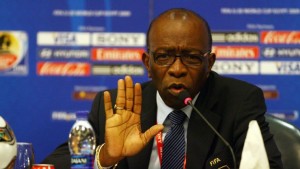 Former Fifa vice-president Jack Warner has been banned from football for life.

The 72-year-old is the former head of Caribbean and North and Central American football (Concacaf), but quit Fifa in 2011.

He is fighting extradition to the US on corruption charges and denies accepting millions of dollars in bribes.

Fifa’s ruling follows its own investigation into the bidding process for the 2018 and 2022 World Cups, which began looking at Mr Warner’s activities in January 2015.

On Tuesday, Fifa said Mr Warner had been found guilty of violating the organisation’s code of ethics several times.

A statement read: “In his positions as a football official, he was a key player in schemes involving the offer, acceptance, and receipt of undisclosed and illegal payments, as well as other money-making schemes.”

Last week, Swiss prosecutors started criminal proceedings against Sepp Blatter over an “unfavourable” contract – thought to refer to a 2005 TV rights deal between Fifa and Warner.

The United States wants to try Mr Warner and 13 other current or former Fifa officials who were indicted in May.

Prosecutors allege that Mr Warner, who was one of football’s most powerful figures whose support was seen as crucial for any World Cup host bid – has been involved in criminal corrupt practices for more than two decades.