The state of T&T economy no surprise says local economist 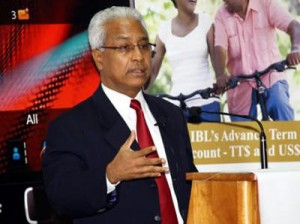 Economist Dr Ronald Ramkissoon says he is not surprised at the Central Bank’s revelation of a two per cent decline in the country’s economy.

He says the economy is in a “tight spot.” Dr Ramkissoon says the decline is not unexpected given the performance of the energy sector in both oil prices and lack of production.

The September monetary policy report from the Central Bank shows that the domestic economic outlook has deteriorated and that the T&T economy contracted by close to two per cent in the first half of 2015.

The report also shows continued shortfalls in natural gas production saw the energy sector decline by an estimated 3.5 per cent in the first six months of 2015.

The non-energy sector, which has provided support to the overall economy for the past few years, lost momentum, declining by around one per cent in the first half of 2015.