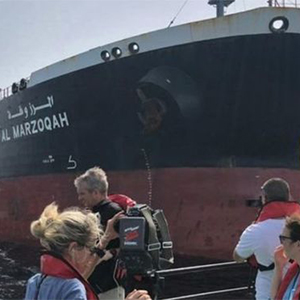 Dozens of crew-members have been rescued after abandoning 2 oil tankers hit by explosions in the Gulf of Oman.

Ship operators said 21 crew on board the Ko-Ku-Ka Courageous, and 23 on the Front Altair had been evacuated.

State media said Iran rescued the 44 after an accident although the cause is unconfirmed.

The US Navy said it received two distress calls.

The incident comes a month after four oil tankers were attacked off the UAE.