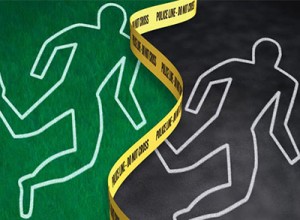 Police continue investigations into a double murder in St. Augustine. The incident occurred around 5:40pm yesterday. Newscenter 5 understands five men were seen walking along a track before entering a bushy area off St. John’s Road.

Explosions were later heard and two men were discovered dead in the forested area. Police say one of the men suffered a gunshot wound to the back of the head. The second body was found a short distance away. The other three men remain at large. A revolver was also found at the scene of the murders. Northern Division Police are continuing enquires.