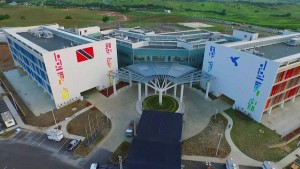 Dr. Rowley said that the services at the Couva Hospital would not be free.

Opposition MP Dr. Tim Gopiesingh wanted to know when the government planned to open the facility, which was built under his administration.

Last April Minister of Health Terrence Deyalsingh announced that the facility would be operated by the University of the West Indies as a teaching hospital.

Minister Deyalsingh also noted that the Couva Hospital would become a facility where patients will be required to pay for services rendered.