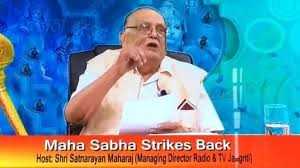 A call for a boycott of Indian Arrival Day celebrations hosted by the Maha Sabha is not getting the support of Opposition Leader, Kamla Persad Bissessar.

Mr. Maharaj also revoked an invitation sent to Mrs. Persad Bissessar to speak at an event on Wednesday.

Yesterday, in St. Joseph, the Opposition Leader was not about to get into a war of words with Mr. Maharaj.

But she insisted the hijab issue needs to have its day in court.

Satnarine Maharaj and the Maha Sabha blocked on the job trainee, Nafisa Nakhid from wearing a hijab while at the college.

It has sparked debate on the issue of discrimination and the powers of the concordat.

Mrs. Persad Bissessar has criticsed the ban and called for a reconsideration by the Maha Sabha.

The government has said it is likely to take the matter to court for decision.

Attorney General, Faris Al Rawi has said it may not even reach the court.

But some belive that is the place for this debate.