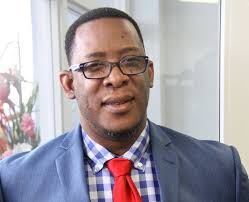 Months of contention and debate have now ended and the President, Paula Mae Weekes has signed on the dotted line.

Via a media release on the weekend, the government said Cabinet has given instructions to the President of the Republic Paula Mae Weekes to proclaim the Anti Gang Act.

The Ministry of the Attorney General said this is one of several legislative measures, which have been undertaken to strengthen the Criminal Justice System.

Speaking with members of the media after a church service in St. Joseph yesterday, Opposition Leader, Kamla Persad Bissessar was somewhat doubtful about the effectiveness of this new law.

He said the association is confident that this law is a step in the right direction.

Already the Organised Crime and Intelligence Unit is reported to be monitoring close to 2,500 suspected gang members across the country.

Police Commissioner Stephen Williams is reported as saying the legislation will be a “major contributor” for the police in the fight against crime.

He says the legislation is a positive step. He congratulated both the government and the opposition “for coming together with a common goal of providing another weapon in its arsenal against gangs