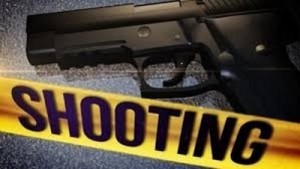 A 12-year-old boy is shot and wounded during an incident at his Balandra home.

The boy and two of his relatives were shot on Saturday night.

They are said to warded and in a stable condition.

The boy is a form 1 student.

The incident occurred at around 11.30 pm on Saturday at Robert Trace, Rampanalagas.

Officers of Toco Police Station say they responded to the trouble call and found a brown Kia Sportage vehicle on fire.

A man was standing on the opposite side of the road, who refused to speak with them.

Investigating officers said several people, including four children and a baby, were watching television when they were alerted by a noise on the roof.

Mr. Ali and Mr. Maraj went outside to investigate and were shot.

The boy who was standing in the corridor of the house was also struck by a bullet.

The other occupants of the house were taken to the police station where they spent the night.