A High Court judge to appear join court for DUI 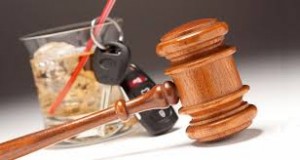 A High Court judge is to appear in court as an accused today.

Justice Kevin Ramcharan has been charged with driving under the influence.

Officers of the St. Clair Police Station arrested and charged the High Court judge at around 11 pm on Saturday.

He was held after his red Land Rover S.U.V crashed into another vehicle at Saddle Road, Maraval.

The judge was administered a breathalyser test and according to police he was found to be over the legal limit.

Justice of the Peace Oliver Boodhu granted him bail in the sum of 15,000 dollars at the St. Clair Police Station yesterday morning.

On twitter after his bail Justice Ramcharan referred to the incident, saying he has to take stock of his life and the foolishness he is doing.