2 escapees back in custody…appear in court today 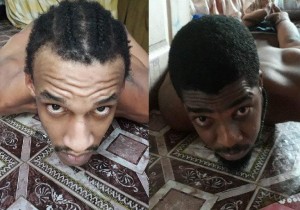 Two escapees are back in custody in Trinidad and Tobago.

Michael Findley and Olatunji Denbow are expected to appear in court today, two days after they were recaptured.

The men were among eight who escaped the Golden Grove Prison earlier this month.

Six were recaptured within two days of their escape, but both men remained at large.

Last Saturday they were held at a house in South Oropouche.

An adult and 3 young children were in the house at the time.

He also called on his officers to be more vigilant.