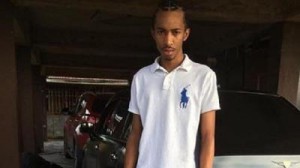 Teenager Akido Prospere is killed in a vehicular accident in Arouca.

The 17 year became the first road fatality for the year.

He was a student of Hillview College.

The accident occurred early yesterday morning. It is said at about 1:30, Akido was driving along the Eastern Main Road, when upon reaching the Barrow Memorial Church, he lost control of the vehicle.

We are told he crashed into a wall. Eyewitnesses say the force of the impact caused the car’s engine to protrude from the dashboard.

Akido was rushed to the Arima District Health Facility, where he died a short while later.