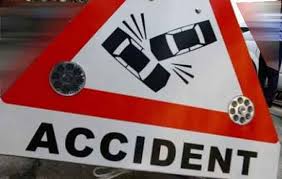 An accident in the east claims 3 lives.

The accident occurred at around 10 o’clock last evening.

The victims are said to be a mother and her 2 young children.

The dead are said to be the family of a Coastguardsman.

Newscenter 5 understands the 3 were travelling in a vehicle on the Mausica Road and Churchill Roosevelt Highway intersection when it collided with another vehicle.

Reports say the mother and her children were thrown from their vehicle and their bodies landed on the roadway.

Reports say the other driver appeared to be drunk.

The identities of the 3 have not yet been released.