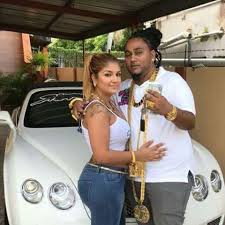 Reports say Mr. Sukdeo was shot four times outside the home of his mother in law on Mahabir Street.

Police say he was speaking with relatives when at around 8:30pm he received a cell phone call and walked outside onto the roadway.

It is said a vehicle then drove by and the occupants opened fire on him.

He was rushed to the Chaguanas Health Facility where he died while receiving emergency treatment.

In September 2017, Mr. Sukhdeo was freed in the Chaguanas Magistrate Court on the charge of breaching a protection order taken out by his wife Rachael.

In February 2016, he was charged with assaulting Mrs. Sukdeo.

A charge that was later dismissed after the woman told the court she did not want to pursue the case.

At the time of his death, Mr. Sukhdeo was on $200,000 bail on the charge of receiving two stolen vehicles.