Hiring practices at CAL comes under scrutiny by JSC 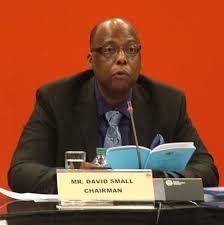 Hiring practices at Caribbean Airlines come under scrutiny by a Joint Select Committee of the parliament.

Chief Executive Officer Garvin Madera is grilled by the committee for the hiring of 11 people, under his watch.

The committee members yesterday heard of five-year contracts, six-month bonuses and a C.E.O. who may have breached the hiring policy at CAL.

But Mr. Madera said although most of the 11 came from Digicel where he once worked, all was above board.

The question of bonuses and the hiring of 11 persons, who once worked at Digicel was raised by member Wade Mark.

Chairman of the JSC David Small said it was troubling to know there was a person hired at CAL who gets more money than the Prime Minister.

In his defence, Mr. Madera admitting to knowing some of the people hired in the past months, but assured it was done above board.

Chairman Small called on the Line Ministry to take a closer look at the situation.