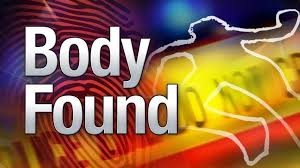 The body of a man found in Couva has not yet been identified.

a photo was shared on social media showing the victim’s head almost severed from the body.

According to a police report, at about 8 am yesterday a passerby notified police officers that they found the body of a man lying face up at the side of the road at Exchange Branch Road.

The man was dressed in a pair of long blue jeans, a light blue vest and a plaid blue, white and khaki coloured short-sleeved shirt.

A party of police officers from the Central Division’s Task Force, Couva CID and Couva Police Station responded to the trouble call.

The body was viewed by a District Medical Officer and removed to the Forensic Science Centre, St. James where an autopsy will be done once it is identified.

Police are asking members of the public who can assist in identifying the body to come forward.

And at about 9 pm, yesterday, 29-year-old Garvin Leacock, and 39-year-old Nolan Roach, were both shot and wounded in a drive-by shooting which took place in Gonzales, on Saturday.

Both men are warded in stable condition at the Port-of-Spain General Hospital.