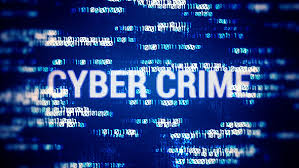 A Steering Committee is pulled together by the Media Association of Trinidad and Tobago to deal with the concerns over the upcoming Cybercrime Legislation.

In a release MATT says as proposed the Cybercrime Bill has the potential to affect the work of journalists and the freedom of expression of average citizens.

It says the committee was appointed following an emergency meeting held at the TSTT booth, Queen’s Park Oval on Saturday.

The meeting followed MATT’s appearance before a Joint Select Committee on the Cybercrime Bill on March 13th , 2018.

During the meeting members expressed the view that the bill, as it is now worded, poses a serious threat to journalism and the public interest.

MATT says the committee will guide its approach and strategy in dealing with the controversial bill.

MATT will be keeping members updated of our work to change this seriously flawed legislation in the days and weeks ahead as well as engaging in public outreach.