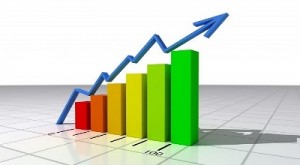 The US economy grew at a faster pace than initially thought in the first three months of the year.

The latest official figures indicated the economy expanded at an annual pace of 1.2% in the quarter, up from the previous estimate of 0.7%.

The change came after upward revisions to business and consumer spending.

The initial estimate had been seen as a blow to US President Donald Trump, who pledged in his election campaign to raise growth to 4%.

However, the revised figure still represents a slowdown from the 2.1% growth rate recorded in the final quarter of 2016.

Though consumer spending improved from the initial estimate of 0.3%, growth remained tepid at 0.6%, slower than any quarter since 2009.

She said she isn’t worried about the weak consumer spending figures, which followed three quarters of 3% or more growth.

This entry was posted in Business News, International News, News. Bookmark the permalink.