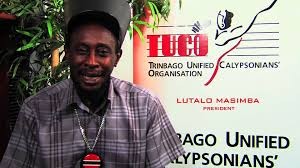 The Trinbago Unified Calypsonians Organisation says it remains committed to its relationship with the National Carnival Commission.

Following a news conference last week it was reported that the body was considering severing ties with the NCC.

However President Of TUCO Lutalo Massimba says the reports are erroneous.

He was speaking during the 95.5 hours of Christmas on i95.5 fm on Saturday.