T&T to face Barbados in an international friendly 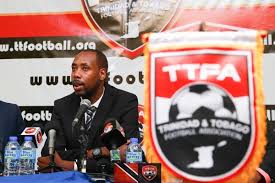 Trinidad and Tobago’s Men Senior Team will face Barbados’ Senior Team in an international friendly on Friday March 10th, 2017 at 7pm at the Ato Boldon Stadium.

The match was secured by the Trinidad and Tobago Football Association following a late pull out by Suriname from the originally carded friendly in Paramaribo on March 10th.

Tickets for the encounter are priced at $50 (Adults) and $20 (children). Information on ticketing outlets and date of availability will be released later today.

The T&T Team is currently engaged in a training camp under head coach Dennis Lawrence in preparations for the two 2018 World Cup Qualifiers scheduled to play at the Hasely Crawford Stadium.