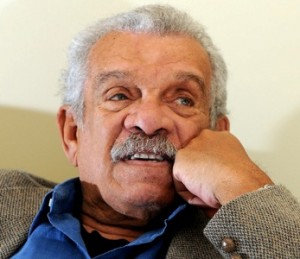 He passed away at his Cap Estate home this morning at the age of 87.

News coming out of St Lucia say he was ailing for some time. The extent of his illness is not yet known.

Sir Derek, won the Nobel prize for literature in 1992 for his epic poem, Omeros.

In 2011 he was awarded the T.S Eliot prize and the O.C.M Bocas prize for Caribbean literature for his poetry collection White Egrets.

He received a Lifetime Recognition award in 2015 from the Griffin Trust for excellence in poetry.

He was knighted in 2016 and was amongst three St Lucians to receive the knight and dame commander.