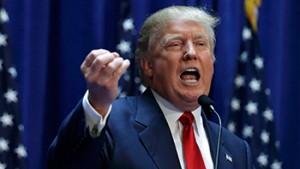 Mr. Trump is insisting people from Syria and different parts of the world where there is hateful philosophies should be banned.

Meanwhile the man behind the worst mass shooting in recent U.S history is said to have visited the gay nightclub in Orlando several times before he carried out the massacre.

A performer at the Pulse Club Chris Callen, is reported as saying Omar Mateen had visited the venue over the past three years.

Investigators are pursuing the reports. Mr. Mateen opened fire in the packed club early on Sunday killing 49 people and wounding dozens. Police shot him dead after he barricaded himself in a bathroom, taking several people hostage.